From “Murder City” to one of the most livable cities in Asia (both sobriquets were bestowed by the defunct Asiaweek magazine).  Indeed, Davao City has gone a long, long way. Today, the city is one of the country’s top tourist destinations, aside from being the place where the current president comes from.

With a total land area of 244,000 hectares, Davao is considered the largest city in the world.  Approximately, it is 7.8 times the size of Cebu and three times that of the entire Metro Manila. In comparison, Puerto Princesa’s area is 238,000 hectares.

In the past, Davao was known as the land of promise.  These days, most visitors who come here describe Davao as a land of beauty and rich culture.  “Davao is probably the least exposed of the country’s urban areas, and the most appealing,” contends Greg Ira, a Filipino-American who visited the city with his family some years back.  “It’s a great holiday hideaway, what with its lush greenery and exotic wild flora and fauna that contribute to its picturesque view.”

Historical records show Spaniards led by Alvaro de Saavedra in 1528 were the first non-natives to visit Davao.  In 1847, after the Spanish troops revolted and killed the leader Datu Bago (from which the highest honor given to a Dabawenyo was named after), Don Jose Uyanguren became the first governor and renamed the place Guipuzcoa.

In the 1900s, the Japanese came to the city.  They established extensive plantations of abaca around the Davao Gulf area and engaged in logging, fishing and trading.  That was how commerce started.  The increased number of Japanese in the area earned Davao the nickname “Japan kuo” (little Japan).

In 1937, it became a chartered city when President Manuel L. Quezon signed into law a bill sponsored by then Davao Assemblyman Romualdo Quimpo (Quimpo Boulevard was named after him). Davao is a melting pot of almost two million people, both indigenous and migrants now being acculturated into the mainstream of society.  Visayan migrants make up the majority of the population.  Ilongos and Ilocanos also abound.

Coexisting with these different Filipino groups are the Muslims and the ethnic tribes like the Bagobos, the Manobos, the Mandayas, and Mansakas, and the B’laans.  These early inhabitants gave the land her name – from daba-daba (which means “fire”) – conjuring images of tribal wars and ritual fires along the banks of the Davao River.

“The solemn rituals of the tribes, their rhythmic dance steps and chanting music, and the rich customs and traditions of migrants make up the Davao culture of today,” observes a tourism official.

Most people speak Visayan, particularly Cebuano.  Other dialects are also spoken in the city, including Tagalog and Chinese.  Like most Filipinos, the majority can speak and understand English.  Eighty-four percent of the people are Roman Catholics.  Evangelicals comprise 4.5 percent while more than two percent are Muslim. Mention Davao and these three come to mind: Mount Apo, the controversial durian and the exotic waling-waling.

Mount Apo is the country’s highest peak (at 10,311 feet) and Southeast Asia’s second highest.  It takes about four days to climb it.  During the hike, you will see a display of nature at its best and primeval state: lush tropical forest dotted with hot and cold springs, hidden waterfalls cascading with a thunderous roar, mystical orchids and wild flowers, soul-refreshing symphonies of cicadas and God’s other little creatures.

Durian is controversial because of its “unpleasant” odor.  “It smells like hell but tastes like heaven” is how some Western scribes the fruit.  In his diary, the 19th-century British naturalist Alfred Russel Wallace wrote that his journey to the East was worth it, “if only to taste durian fruit.”

The exotic waling-waling (known in the science world as Vanda sanderiana) is the country’s second national flower (after sampaguita).  It used to abound in the tropical forest of Mount Apo and its surrounding areas.  But it has become “almost extinct in the wildlife,” according to noted Filipino botanist Domingo Madrid.  “Rarer varieties of this plant can only be found in expensive nurseries,” he deplored. 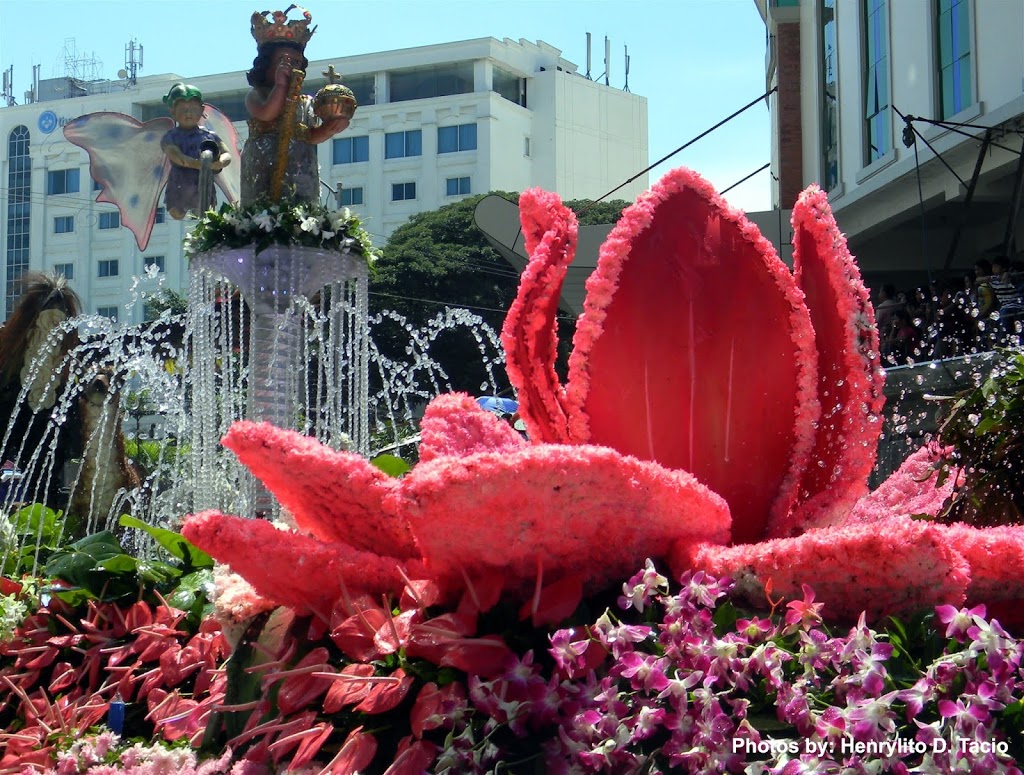 Now, let’s do a tour in the heart of the city.  Start at the city hall in San Pedro Street.  A few distant walk is the legislative building, whose façade has the famous freedom statue designed by the talented Kublai Millan.  Adjacent to the statue is the historic San Pedro Cathedral (built in 1847 during the Spanish period under the leadership of Don Jose Uyanguren, the Spanish conquistador of Davao).

Not far from the Catholic cathedral is the D’Bone Collector Museum (shades of one of those Smithsonian museums in Washington, D.C.) in barangay Bucana. You will be mesmerized to see a 41-foot or 12.4-meter long sperm whale (which has the largest species of toothed whale).  Bones and skeletons of snakes, tarsier, marine turtles, various fish species, different sizes of the mouths of sharks, and birds abound.

From there, take a taxi and tell the driver to bring you to People’s Park (yes, it’s Davao’s counterpart of Manhattan’s Central Park) in Legazpi Street.  It’s a place where people gather around, stroll and cross bridges, watch man-made waterfalls, or sit under the beautiful trees. If nature is your thing and you cannot climb Mount Apo, there are other destinations in the city you can go.

For one, there is the Philippine Eagle Center in Calinan, about one-hour-and-thirty-minute ride from the heart of the city.  Here, get to see up close and personal some of the remaining species of the world’s second largest eagle.  Don’t fail to marvel at “Pag-asa,” the very first tropical eagle bred in captivity and hatched scientifically.  Other creatures that your eyes can feast include hawks, owls, python, monkeys and a huge crocodile.

If you are interested in crocodiles, the best place to visit is the Davao Crocodile Park in Ma-a.  This 5.4-hectare mini-zoo houses several of the two species of crocodiles found in the Philippines.  It is here where you can find the country’s largest crocodile – at 18 feet – which is aptly named “Pangil” (Tagalog for “fang”).  There are other animals you can find, including wild cats, python, turtles, monitor lizard, and various kinds of birds.

Not far from the Philippine Eagle Center is the Malagos Chocolate Museum.  Davao City was just declared the Cacao Capital of the Philippines and it’s a letdown if you cannot visit this museum. Learn the basics of chocolate making in this place and you can even make your own chocolate. And there are several other things you can do while here, including exploring nature, biking under the shade of huge trees, feeding birds and horseback riding.

Far from the city, in Toril, there is Eden Nature Park, which offers a plethora of exciting things to do and heart pumping adventures like Skyswing, Skycycle, Skyrider and Skywheel.  This 80-hectare cool mountain resort is a testament to how man’s ingenuity and concern for the environment can create a paradise on earth.  At 2,650 feet above sea level, it offers breathtaking views of Davao City and the Davao Gulf. 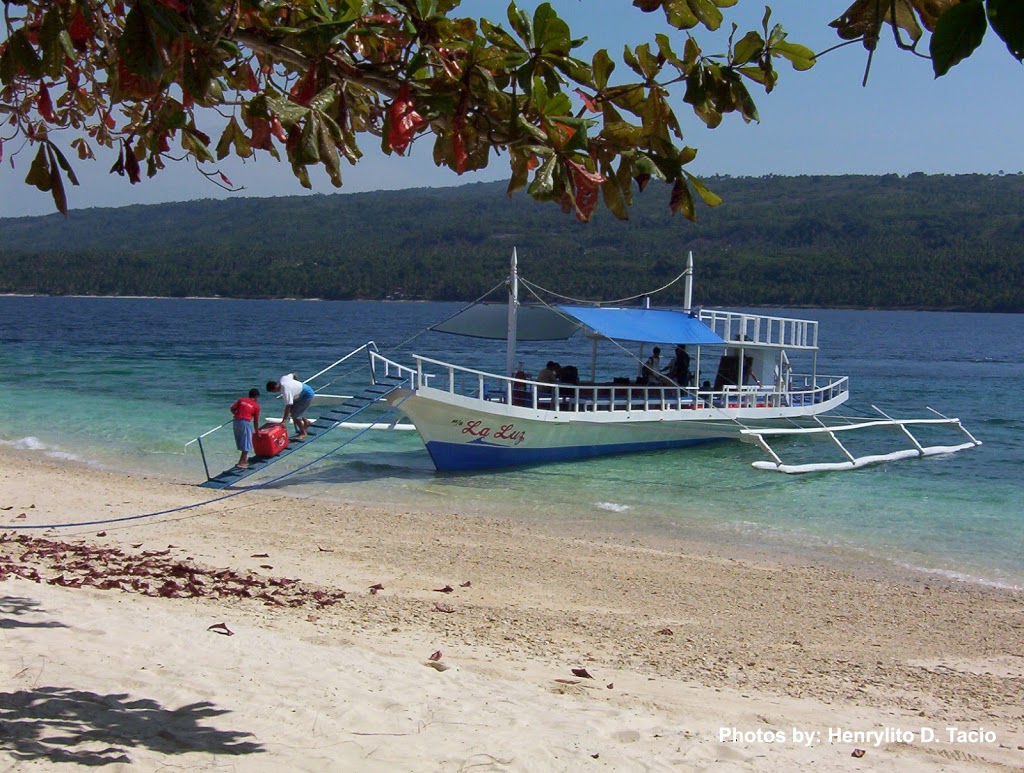 Davao also has a number of beaches to offer.  Times Beach, two kilometers from the city, bustles with picnickers during Sundays and holidays.  The historic Talomo Beach is best known as a landing site for Japanese and American forces during World War II.  In fact, there was a time when sunken warships during the war can still be found 200 meters from the shore.

If you are not content with these beaches, you can spoil yourself in Island Garden City of Samal, just across the strait due east from the mainland.  This unspoiled island is ringed with secluded coves of white sand.  Outlying islets shelter coral reefs pulsating with marine life.  That’s sound for diving – and indeed it is! Come to Davao City during the celebration of “Kadayawan sa Dabaw” which happens every third week of August, coinciding with the harvest of fruits, flowers, and agricultural products. Major thoroughfares are set ablaze with dancing and cheers with the “indak-indak sa kadalanan” (street dancing), a spectacle of performers in ethnic-inspired garments dancing to the beat of tribal music, and the Floral Float Parade, which features floral and agricultural bounties.

Before leaving Davao, don’t forget to visit the Aldevinco Shopping Center in C.M. Recto Street.  There are pearl inlaid chests, brass cannons, gongs, batik shirts, wrap-around skirts, native cloth and bags.  You can always find a little something to bring back home instead of the usual T-shirt.

Make it Mati on your next travel

THE FARM: Soon to be Kiblawan’s “Jewel”

When looking for underwater experience, make it Mati

Places to visit in Davao City and beyond

Biofertilizer reduces use of commercial fertilizer

Looking where to spend your summer? Make it...

So, you want to travel?