Trending Now
Bombs in the food chain
Preaching through his camera
What to do when stroke strikes
Saving endangered Philippine tarsier from extinction
Yes, you can prevent type 2 diabetes
Financial goals, anyone?
What you need to know about rabies
On His Majesty’s Service
January is cervical cancer awareness month
Getting ready for forthcoming consequences of climate change
Home World Endangered Corals Can Now Be Grown within Months

What would take years for ecologically-fragile corals to grow, it can now be achieved in a matter of months.

Initial results of a study conducted in the waters of the island province of Camiguin has accelerated coral reef restoration efforts.

“Although our study is still far from complete, we were able to restore a portion of coral reefs within the bay area of the province,” said Alexandra Hill, a British marine biologist who headed the study.

The team employed a relatively new technology that involved the process of micro-fragmentation and colony fusion of coral fragments, which differs from more common coral restoration methods that largely focus on branching species.

“In this technique, the massive corals – which normally have a slow growth rate – are fragmented using special equipment,” Hill explained.  “When fragmented, the corals exhibit a faster growth rate. 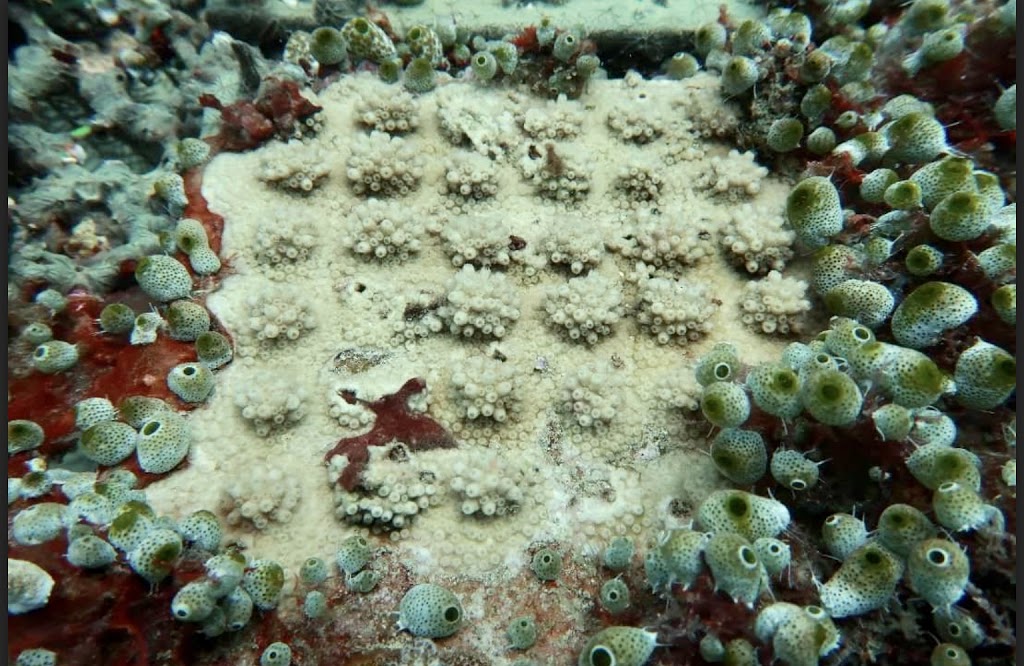 “Furthermore, fragments from the same donor colony upon physically meeting have the ability to fuse together and become one. This increases their overall surface area and consequently increases their chances of survival,” Hill added.

The experiment was conducted in Cabuan Marine Protected Area (CMPA), whose coral reefs were in degradation condition due to a strong typhoon which passed the island in 2014.  Because of this situation, two government agencies – the Department of Environment and Natural Resources (DENR) and Department of Science and Technology (DOST) conducted coral propagation and coral reef rehabilitation programs.

“The site in particular where we ran the experiment has a good condition of coral reef due to the fact that SPC had previously restored the area,” Hill said.

The community was involved in the experiment.  “Due to the small scale of the experiment, the team mostly consisted of key members of SPC and volunteers from Camiguin Polytechnic State College,” Hill said.

The experiment started October 26 last year but unofficially ended in the middle of March when the coronavirus disease 2019 (COVID-19) hit the country.  Due to lockdowns, diving to monitor the progress of the experiment wasn’t possible.

“The disruption due to Covid-19 really affected our experiment,” Hill admitted. “All of us on the team were itching to get back in the ocean and check up on our fragments and see how they were doing.”

This simply means coral reefs can be restored to self-sustaining life.  “The experiment has shown that micro-fragmentation and colony fusion can be done in this country.  The ability to restore a larger variety of corals on the reef is beneficial as more diverse reefs have been shown to be more resistant to change,” said Hill.

The quick-grow technology was pioneered by Dr. David E. Vaughan, a distinguished aquaculture scientist who directs the Center for Coral Reef Research at the Mote Marine Laboratory in the Florida Keys.

In an article published by New York Times of the said technique, author Richard Morin wrote: “(Micro-fragmenting) may make it possible to mass-produce reef-building corals for transplanting onto dead or dying reefs that took centuries to develop – perhaps slowing or even reversing the alarming loss of corals in the Florida Keys and elsewhere.”

This is indeed good news for Filipino fishermen and those whose livelihoods are anchored on fishing.

“Coral reefs provide food security for millions of people living along the coast line, they help to shield coastal communities from storms and they also bring in revenue via tourism,” Hill pointed out. “It is important to protect the reef not only for ourselves but also for the future generation.” 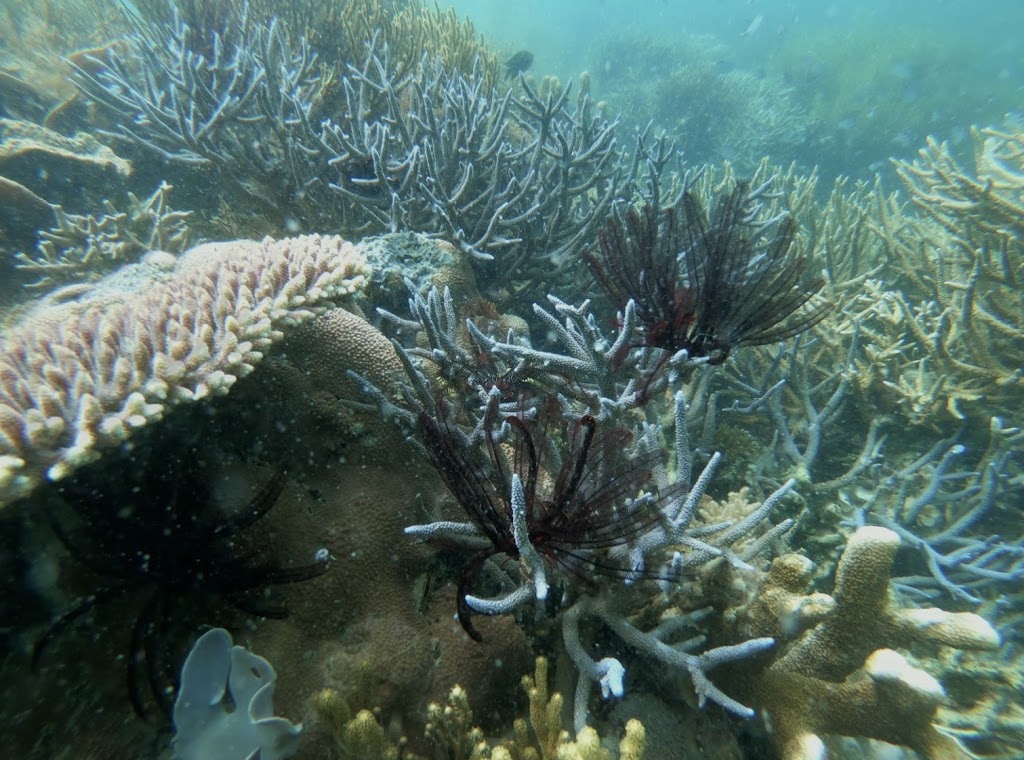 In the Philippines, an estimated 10%-15% of the total fisheries come from coral reefs.  About 80%-90% of the income of small island communities comes from fisheries.

“Coral reef fish yields range from 20 to 25 metric tons per square kilometer per year for healthy reefs,” said Dr. Angel C. Alcala, a world class authority in ecology and biogeography of amphibians and reptiles and behind the invention of artificial coral reefs to be used for fisheries in Southeast Asia.

Corals are coelenterate animals (ray-like invertebrates) that form heavy skeletons of lime, science says.  Encrusting corralling algae grow on their surface and crevices, cementing them lightly to form reefs.  Most reefs grow in depths of 25 meters or less.

The Philippines is home to over 400 local species of corals, which is more than what is found in the famous Great Barrier Reef of Australia.  Unfortunately, most of these species are now gone and others are facing extinction.

“Nowhere else in the world are coral reefs abused as much as the reefs in the Philippines,” commented Don E. McAllister of Ocean Voice International.

If hard corals alone are considered, only 1.9% of the reefs can be called “excellent,” which average hard coral cover on all reefs at 32.3%, whereas it used to be much higher.

The decline is thought to be due primarily to destructive human activities.

The Davao Gulf – which has an area of 308,000 hectares that cuts into the island of Mindanao from Philippine Sea – is a case in point.  The regional office of the Bureau of Fisheries and Aquatic Resources (BFAR) listed Davao Gulf as one of the biodiversity hotspots in the world. Only one-fourth of the coral cover was live, manta tow surveys covering 33.8 kilometers of reefs in the gulf showed.  Of the 19 areas surveyed, only the corals in Tubalan were in very good condition.  Areas with poor values of 10% and below were found in Agdao, Malita and Valez (Toril) in Davao City.

The coastlines of the cities of Panabo and Tagum – which contain “the most-dense concentrations of fish larvae in the entire gulf” – are no better.  “The coral reefs, which used to be extremely rich, are already buried,” said Harry D. Morris, a British-Filipino marine biologist.  “What’s left behind are mostly coral skeletons and small patches still struggling to survive.”

There are several ways Filipinos can help to conserve the country’s remaining coral reefs.  “A great way for communities to help their local reefs which don’t involve direct restoration would be to start small at home,” Hill said.  “For one, they should use less plastic as plastics can damage coral and endanger marine wildlife species.  For another, they should use reef safe sunscreen.  Finally, they should take care when swimming in reef areas so as not to touch or disturb the corals.”

With micro-fragmentation technique, the coral reefs may soon restore to its former glory.  “We are all excited about this,” said Fannie Guanzon, SPC chair.  “This is what I’ve been waiting for to develop something new that has an impact.”

Duterte Should Take Charge over WPS issue, Not...

Lessons You Need to Know When Going to...

Beijing and Shanghai Pro to Digital Yuan in...