They may be sweet but they’re not pure.

That was the finding of the researchers from the Department of Science and Technology-Philippine Nuclear Research Institute (DOST-PNRI) of the honey being sold in groceries, souvenir shops and online platforms.

About 80% of those honey products are not pure honey but sugar syrup, said a press release disseminated by the DOST’s Science and Technology Information Institute (STII).

In this time of coronavirus disease 2019 (COVID-19) pandemic, health experts are urging people to strengthen their immune system.  Honey is one of those foods that can help as it is an “immune system builder,” according to research done by Michigan State University.

The flavonoids and polyphenols found in honey act as antioxidants that “protect the structural integrity of cells and tissues and have the ability to neutralize free radicals, preventing damage to immune cells.”

Honey, a natural product formed from nectar of flowers by honeybees, is composed of sugars like glucose and fructose and contains vitamins B1, B2, C, B6, B5 and B3. Several kinds of hormones are also present in the thick, sticky sweet liquid.

“Approximately 31 variable minerals have been found in honey, including all of the major minerals such as phosphorus, sodium, calcium, potassium, sulfur, magnesium, and chlorine,” states a review of recent clinical research on honey and health and published in Pharmacognosy Research.  It adds that many essential trace components are detected in honey.

While its demand can make honey farming a promising business in the country, it also became a subject of fraudulent production.

In the PNRI study using the nuclear-based tests, they found out that those honey products sold in the local market actually contain syrups made from sugar cane and corn. This fraudulent practice allows manufacturers to increase the volume of their products while reducing the production costs.

Of the 76 honey brands that were studied, 62 of them were found to be adulterated; they were composed of 95% C4 sugar syrup. “So, they are not actually adulterated but they are just completely purely sugar syrup,” pointed out DOST-PNRI Dr. Angel T. Bautista VII.

According to Dr. Bautista, 12 out of 16 (75%) local honey brands sold either in groceries or souvenir shops are not entirely honey. In addition, a staggering 87% or 64 out of 74 of local honey products sold online are impure.

What is ever more alarming is that 41 imported honey products being marketed in local stores, “none of them were found to be adulterated.”

“The problem is that people are being tricked,” Dr. Bautista said. “You may be buying honey for its wonderful health benefits, but because of adulteration, you may actually just be buying pure sugar syrup. Consuming too much pure sugar syrup can lead to harmful health effects.” 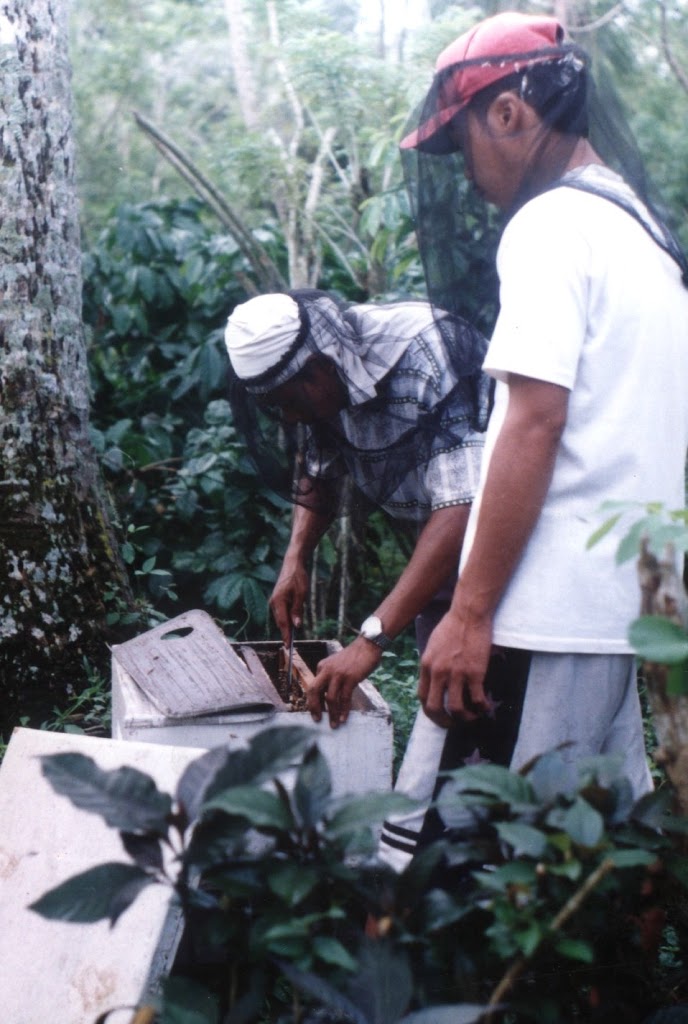 It may be profitable for some unscrupulous manufacturers but in the long-run this practice can totally affect the local honey industry.

“Impure honey can seriously damage the local industry for it can pull down the price of honey,” wrote David Matthew C. Gopilan, author of the press release. “Fake honey can be sold as low as one-third of the original price of the authentic honey.”

“Imagine, incomes that are supposed to be for our honest beekeepers and honey producers are being lost instead due to adulteration and fraud,” Dr. Bautista was quoted as saying.  “This is affecting our local honey industry so badly that we estimate that they are losing P200 million per year.”

The Philippine National Standard for Honey of the Bureau of Agriculture and Fisheries Standards said that honey sold in the market must not have any food additives and other substances. If so, any substance added to the mixture must be declared in the labeling. Moreover, the geographical location where the honey was sourced should be written in labels.

Dr. Bautista leads a laboratory which studies application of nuclear and isotope techniques in the environment, geology, and food authentication. Joining him in the recent study were Marco R. Lao and Norman DS. Mendoza, also both from DOST-PNRI, and Dr. Cleofas F. Cervancia, a retired professor at the University of the Philippines Los Baños (UPLB) who previously led its bee program.

Dr. Bautista and his team have already forwarded their findings to the Department of Agriculture and the Food and Drug Administration.

“If we just release the names of the companies, they may stop for a while. But no one can stop them from faking honey again in the future. If we incorporate these isotope-based standards into our regulatory system and the Philippine National Standards, then we think it will be a long-lasting solution to this problem,” Dr. Bautista believed.

They also call for stricter policies, regulation, and control measures to protect the honey industry and buyers.

This is good news for beekeepers as this would mean higher price for their honey products, thus making the enterprise more profitable and viable.

Raising honeybees is one venture Filipino farmers should consider as it can provide additional income from the farm. Aside from helping fertilize the flowers of crops and fruits, bees are equally important for the honey and wax they produce.

Some crops like beans, corn, and okra and almost all fruit trees depend on insects, particularly bees, to bear fruits and to produce seeds.  In many countries, honeybees – which can be managed easily – are moved from place to another as they are needed in pollination. The chief value of honeybees is their ability to cross-pollinate flowers considering that, in nature, insects pollinate as much as 80 to 85 percent of all crops.  In recent years, however, many wild insects which performed the pollination were killed due the heavy use of pesticides by farmers.

As such, the task of pollination in orchards, vegetable farms, and pastures, among others, is more and more carried out by honeybees.  Some studies have shown that farmers can double if not triple the production of their crops with honeybees.

“Beekeeping is a profitable endeavor in the Philippines because of our mild climate and lush vegetation,” said the late Joel F. Magsaysay when interviewed by this author in the 1980s.  His family had been raising honeybees since the late 1970s.  Today, the bee farm is managed by his wife and one of his children.

Beekeeping technology is fairly simple once a farmer gets to know the basic bee behavior and the flowering season in the area.  “After only six to twelve months, you can start harvesting honey,” Magsaysay said.  “Once you start harvesting, the maintenance cost would already be minimal.”

The primary source of income for the farmer is of course the honey.  It is nothing more than nectar gathered from the blossoms of many flowers by bees. It is then taken into the beehive and changed by the worker bees. Worker bees remove the liquid from the nectar.

Aside from honey, beekeepers can also collect pollen from honeybees.  Pollen is the vegetable equivalent of the semen of animals.  Bee pollen is special because bees instinctively and carefully select only the best, purest, and freshest flowers from which to gather it.

According to Magsaysay, collecting bee pollen is also a profitable venture.  In fact, he sees the potential of the Philippines as the “pollen capital of the world.”  The Scandinavian countries, which are one of the main sources of pollen, have snow and therefore no pollen to collect for a greater part of the year.

In comparison, the Philippines has favorable weather.  In addition, the country’s flora is one of the richest and most varied in the world – an inexhaustible, natural pollen gathering ground for bees.

Other products that can be derived from honeybees are propolis, royal jelly, beeswax, and bee venom.   Propolis – also known as bee glue – is a sticky material which plugs the holes of the beehive.  It contains a chemical that can be used as anesthetic.

Beekeeping in the Philippines started in the 1930s.  However, honeybees did not catch the attention of many people then as beekeeping was considered unprofitable; the few people that went into it did it as a hobby.  Sometimes in the 1970s, beekeeping became a fad and more people became interested.

Today, honeybees are raised for profit in backyards in Cavite, Batangas, Laguna, Quezon, and in the Visayas and Mindanao.

The recent DOST-PNRI study is welcome news as it will also boost the use of pure honey as people will no longer fear if they will use it for treating some ailments, which range from allergies to indigestion.   The body of Alexander the Great is said to have been preserved in honey.   John the Baptist lived for a long period of time in the wilderness on a diet consisting of locusts and wild honey (Matthew 3:4).

For at least 2700 years, honey has been used to treat a variety of ailments.  But it’s only in recent times that scientists have been investigating the use of honey in modern medicine.

Here’s a word of caution: Due to the natural presence of some spores which cannot be destroyed by their digestive tracts, children under one year of age should not be given honey. Infants, on the other hand, can contract botulism from honey.

Where Have All Our Marine Turtles Gone

Duterte Should Take Charge over WPS issue, Not...

Lessons You Need to Know When Going to...

Beijing and Shanghai Pro to Digital Yuan in...